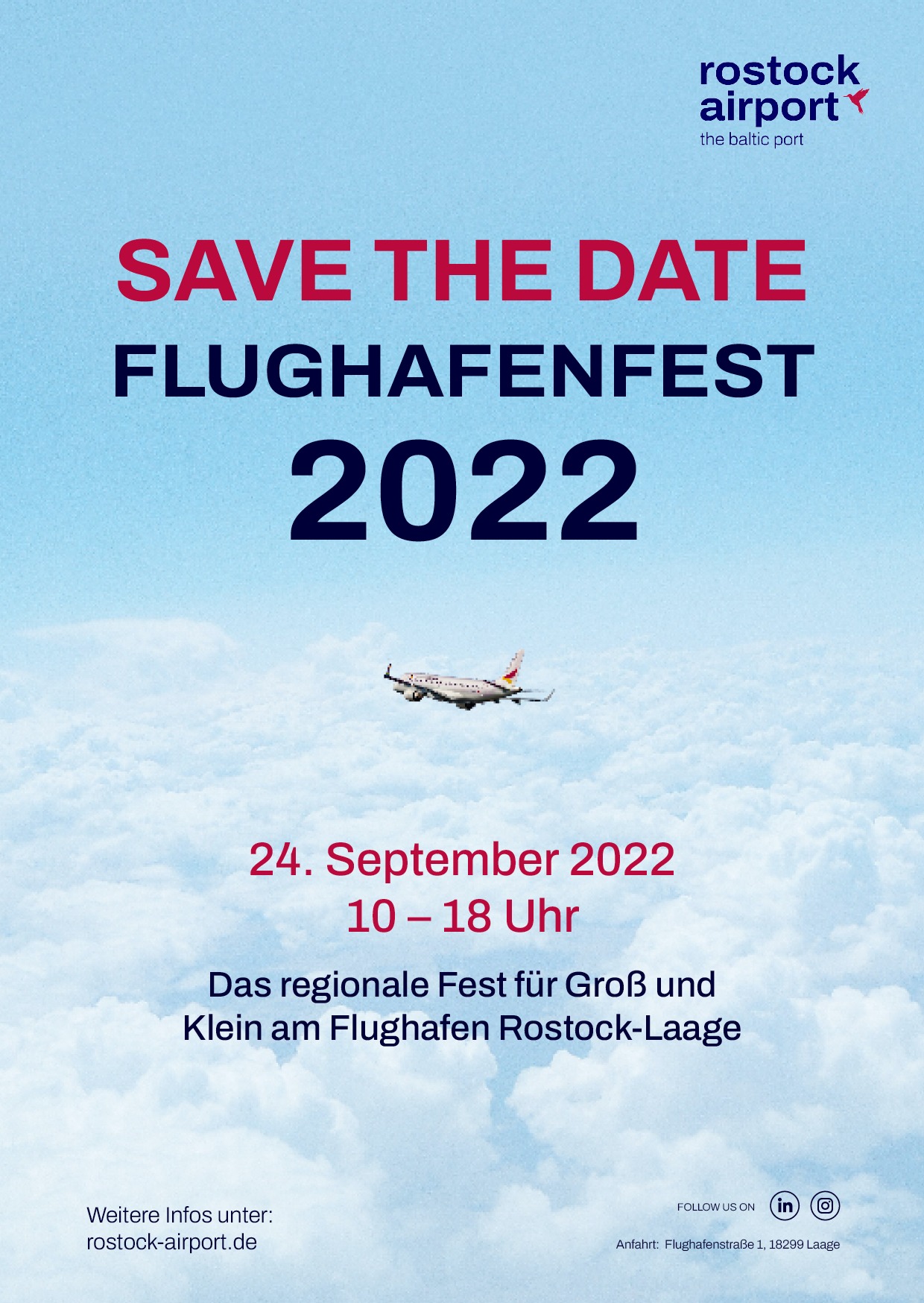 Experience aviation history up close – in our exhibition

“Flying like a bird” remained an unrealizable dream of mankind for a long time. It was not until 1891 that the inventor Otto Lilienthal succeeded in creating the first documented flight of a human being by developing a glider – “with a flying machine heavier than air.

Otto Lilienthal was the first of other daring pioneers whose visions and inventiveness made aviation history. In the new exhibition on the history of flight, we report on everything from the first flight attempt to luxury flying in the 1920s to air travel for everyone.

An interesting journey through time about the technical achievements of the past 100 years, documented by many original exhibits. In cooperation with several partners, an informative exhibition on civil aviation history has been created. It can be visited individually by each visitor or experienced through a guided tour arranged in advance. 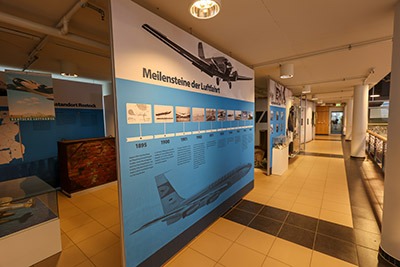 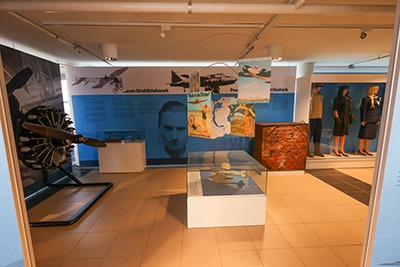 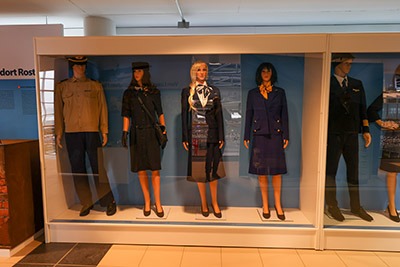 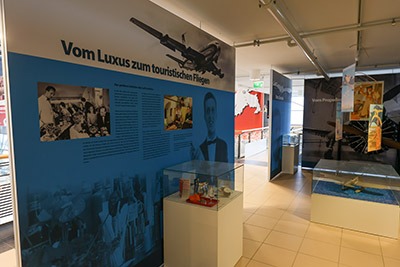 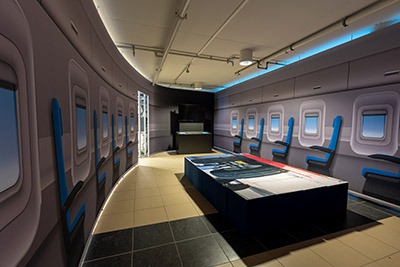 The core mission of the “Steinhoff” squadron is to train pilots on the EUROFIGHTER weapon system; this is vividly conveyed in the exhibition. In addition, the squadron ensures combat and alert readiness to secure German airspace and provides worldwide services in areas of operation in connection with NATO or UN missions.

The highlight of the exhibition is the VR simulator. For this, missions actually flown were filmed in almost 360° view and interactively processed. This creates the perception of an authentic situation and one’s own flight control. 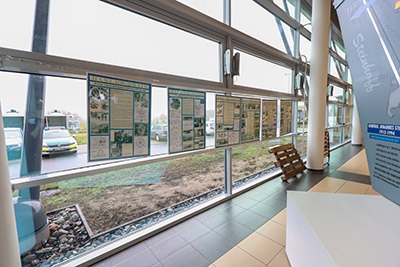 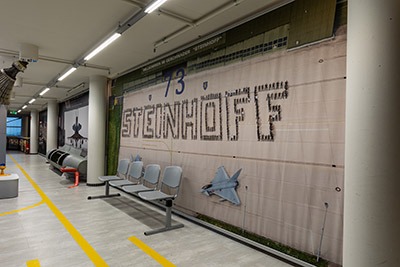 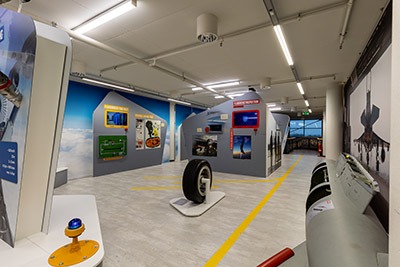 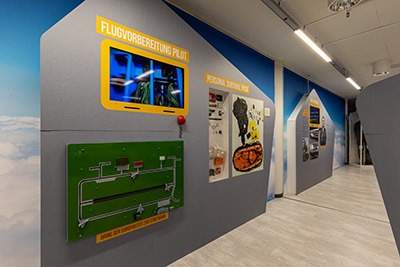 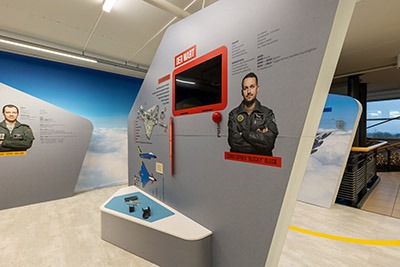 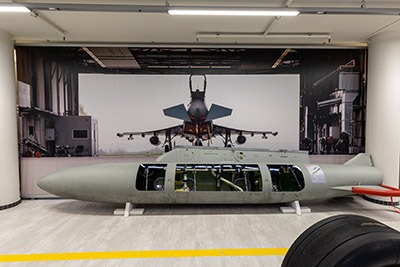 Please understand that the simulator is suspended due to corona until further notice.

Explore the exhibition on your own or contact the Bundeswehr. Upon request, Bundeswehr soldiers will moderate through the exhibition for groups of 10 or more, during the following service hours:

Take a look behind the scenes during a personal airport tour at Rostock Laage Airport. The fire department shows us its fire engine (without warranty), we marvel at the new baggage system and tell you what Seamless Travel means.

Meet and celebrate where others start their vacation: Enjoy the modern facilities of our rooms in a special airport atmosphere – whether with 20 or 500 people. Below you will find our range of various meeting, conference and event options. You can easily book additional options such as stage set-up, catering, sound equipment and furniture.

On the first floor of our terminal there is a conference room with 72 m².
Both the use of technology and WLAN are included. 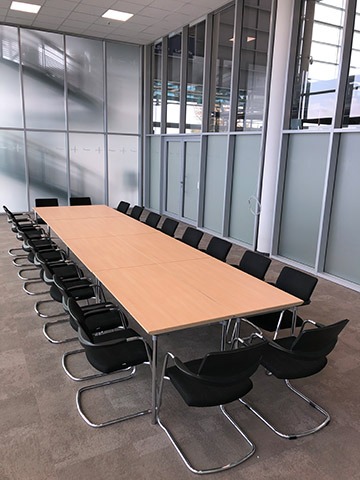 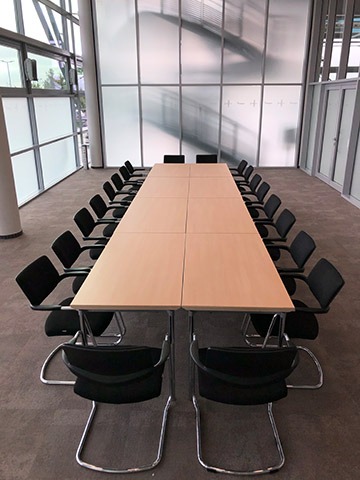 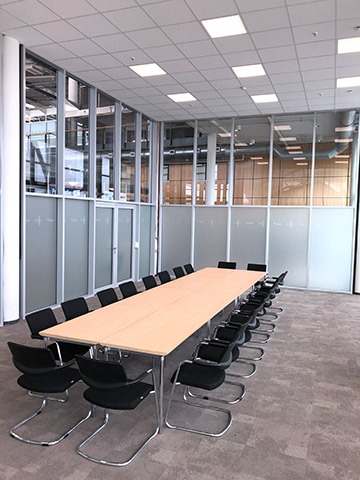 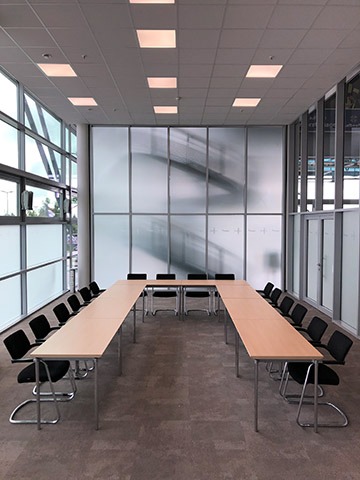 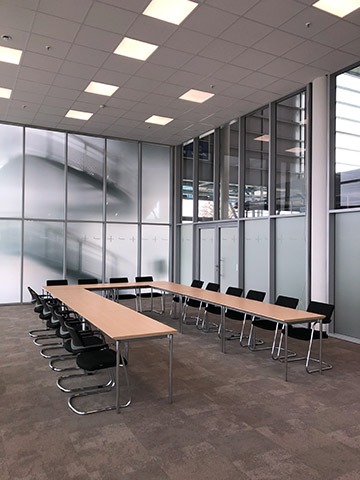 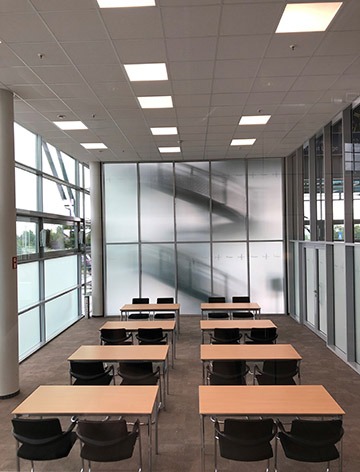 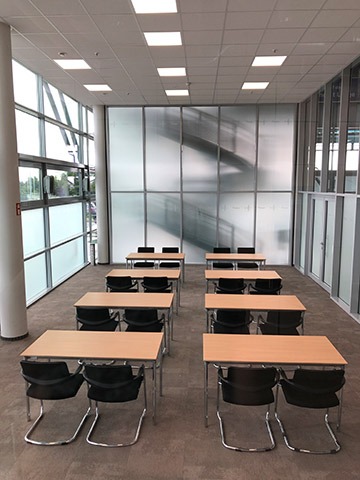 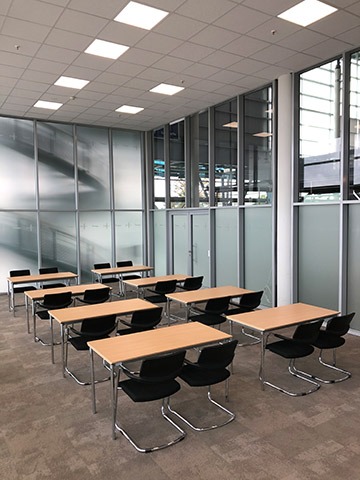 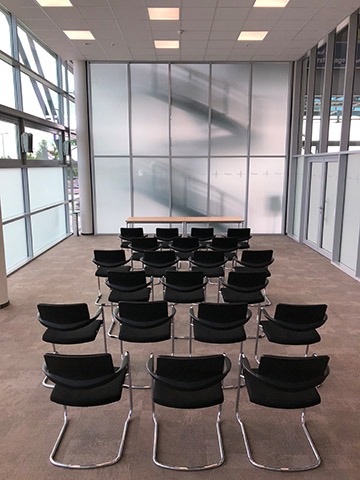 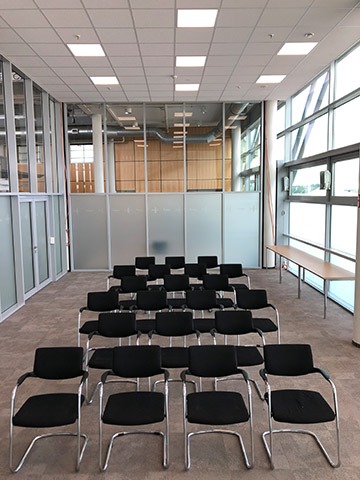 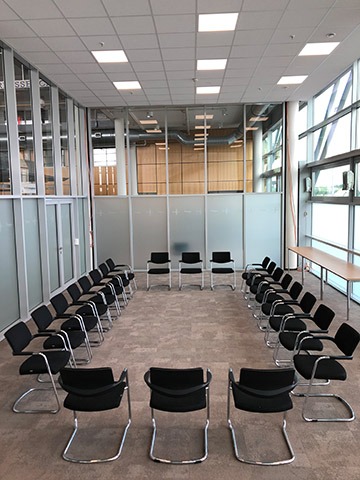 In addition, you can rent the terrace café, with an area of 134 m² and an adjacent terrace overlooking the tarmac with an additional 98 m². For up to 50 people, we can host private parties, conferences and meetings.

Hold your event, trade fair or promotion at our easily accessible terminal. With further design options, a modern backdrop and the appeal of the extraordinary, your event for up to 500 people will be a success.

We are happy to support you in the design and organization of your event. 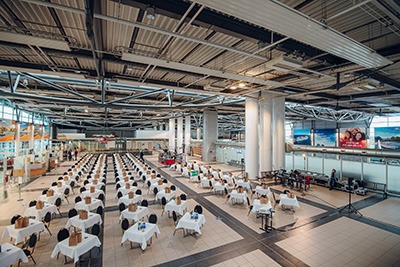 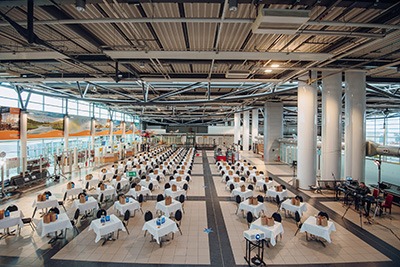 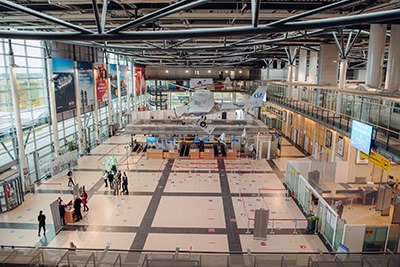 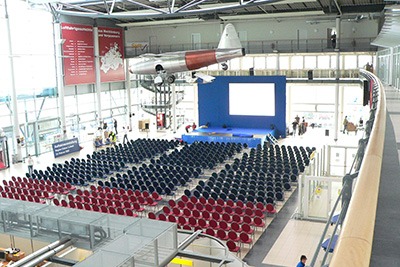 Our event team will be happy to submit your personal offer.

Planespotter
Our terrace is interesting for plane spotters. It is free of charge and freely accessible during terminal opening hours.